﻿ 10 worst products made by Apple throughout history 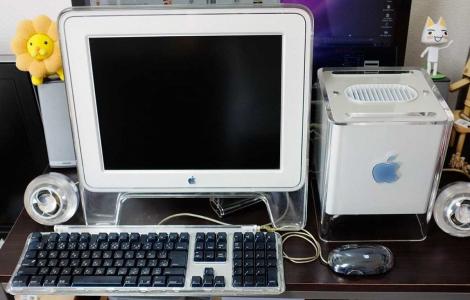 10 worst products made by Apple throughout history

Apple is one of the best companies at all, and this is not in a vacuum but as given to us from the great products attracted a lot and a lot of users need such as the iPhone phones and iPad, Mac, and a lot of products, but with all this great success, they of course have a bad time when made products did notWe admired the users and this is what we will present to you today.

Here the worst 10 products made by Apple users over its history:

* IPod Hi-Fi:
This device was elegant and beautiful design, but did not Iqmd quality and purity of sound, which was awaited by users. * Mouse hockey puck:
The launch of Apple's first with any Mac device, but its design and its shape is comfortable and that's what made the company to reconsider again for him. * The Pippin: The company launched in 1996, has sold nearly 42,000 units just before production stopped in 1997, after one year of its issuance. * The Apple III:
It was produced because of the success achieved by the second generation of it, but did not realize what she was waiting for the company's success and the enthusiasm of users. * The Newton:
It was launched in 1987 and remained in production for 11 years before being stopped in spite of the limited functions. The camera was launched in 1994 and was one of the first digital cameras marketed to consumers, but Apple stopped production in 1997. * Macintosh first iPads Apple:
Macintosh was the first laptop computer to Apple and his homeland was a very, very expensive as the price was 7,300 dollars when when it was launched in 1989. * Mac G4:
Launched in 2000, but it was too expensive for most users where price was US $ 1700 and was also its temperature rises rapidly, which led to shut down its production in 2001. * ROKR E1:
Is the first phone that supports the Apple iTunes, a manufacturing company Motorola has been announced in 2005, but it was slow file transfers and has a limited storage Dacro which led to the shut down its production after one year of production.